Let’s introduce our Nanoleaf Aurora to Siri and HomeKit. We will look into the basic steps and additional tricks to get the most out of our setup. Good news: if you’ve followed our post Nanoleaf Aurora How To -- Setup and Configuration to the Muks!, you might have mastered the first steps already. Let’s see …

If you are completely new to HomeKit (or Siri Shortcuts), watch Siri’s 1 minute explainer cartoon from our post Minority Report: A Siri, HomeKit, Home App and Shortcuts Overview:

So you’ve downloaded quite some community scenes and your Nanoleaf app dashboard is full of scenes you might never use or they have funny names, you will never memorize. Since every scene in your dashboard will be synchronized to HomeKit and Siri, let’s spring clean our scenes list first:

Open your Apple Home app and verify that your Nanoleaf Aurora is visible as a device. It should display as one single bulb. If it’s not there yet, here are the steps to check what might be missing:

As with other smart lighting devices, Siri understands following commands for your Aurora:

Pro-Tip: There are many voice command alternatives you can use with Siri and smart lighting. Pick the ones which work best for you from the overview in this post: Siri and Philips Hue: Setup, Review and Voice Commands.

How to add Aurora to a HomeKit Room

If you have not yet assigned Aurora to a room, it’s a good time to do so.

Once you’ve added Aurora to a room, it becomes part of the room commands, and you can say:

How to add Aurora to HomeKit Scenes

For this, we need to switch back to the Nanoleaf app. You can find all your HomeKit scenes listed in the Group Tab of your Nanoleaf Dashboard. To add an Aurora scene to your existing HomeKit room scenes, you need to:

You can activate your HomeKit Scene, which includes your Aurora with the command:

How to schedule Aurora Scenes

We have two options to automate our Aurora Scenes through schedules, but we shall choose wisely:

HomeKit schedules are good for controlling accessories/scenes at specific times, or -- Yay! -- at sunset/sunrise. You can specify the time of day, the weekdays and whether you/somebody or you/nobody should be at home.

We use the HomeKit schedules to set an animated Nanoleaf Sunset Scene -- at sunset -- as a little reminder to check the real sunset.

We also use it at specific times to synchronize our HomeKit scenes across the devices to make sure they follow the schedule as well as to turn all the lights off at night, in case we forgot some.

Schedules in the Nanoleaf app are great to automate Aurora fade ins and fade outs. We can specify the Aurora scene and a period from one second up to one hour to reach a specific brightness.

We use the Nanoleaf schedules to simulate natural light transitions, gradually fading in at evening and later dimming into a nightlight scene. Well, since we have no presence/people control in the Nanoleaf app, this happens also when we’re not at home.

Pro Tip: To simulate natural light transitions (dimming) over time, find the native app with the most features to automate your different smart lights. We’ve distributed schedules over 4 apps to get the most out of our smart home lights.

HomeKit gives us more options, than just the automation based on schedules, we’ve already seen above:

All these options can include time windows and people specific presence settings. Wow.

How to combine Aurora Scenes with Music

Have you heard of Siri Shortcuts? We’ll now create our very own command: “Hey Siri, Relax!” and play some chill music animated by our “Firefly” scene.

Note, if you’d like to re-create the exact same experience, you can download our “Firefly” scene from the Discover / Rhythm tab in your Nanoleaf app.

Now, you just need to say “Hey Siri, relax!” and instead of some funny answer, she will come back with “Running your Shortcut … OK” and will play your favorite relax playlist and switch to your favorite Rhythm scene to visualize your music. Enjoy!

Additionally to generic light commands, we can control our painted, dynamic and rhythm scenes with Siri. We can add them through the Nanoleaf app to our existing HomeKit scenes and finally also schedule them at sunrise/sunset.

Siri’s HomeKit automation options are extensive and flexible, and as we can integrate our Aurora Scenes now also with Siri Shortcuts, our imagination seems to be the only (automation) limit. 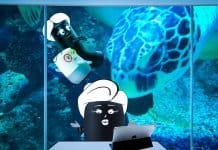 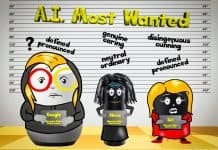 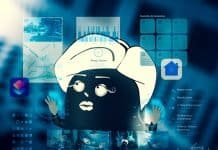 😳 “Ladies and gentlemen, this is your captain