Have you ever wondered, which of our super assistants supports our Nanoleaf Aurora best? Let’s examine the strengths and weaknesses of Siri, Alexa, and Google by comparing their configuration options, voice commands, as well as their smart home features for our Nanoleaf Aurora.

We’ve already looked into the setup Nanoleaf Aurora How To –  Setup and Configuration to the Muks and the individual assistant setups. Now it’s time to put the facts on and in the table and draw a conclusion.

For the dedicated assistant posts covering the detailed setup and the voice commands, please refer to:

Before we begin, let’s not forget that we are comparing features which are mostly provided through cloud services and therefore can break, change or improve silently overnight.

Mobile Hint: tilt your smartphone for a better table view!

*Note, for an extensive list of voice commands, see the dedicated assistant posts above.

So, how to draw our conclusions?

Selecting a favorite smart assistant is mostly a matter of personal taste. Independent of their technical features and different approaches, I’m sure, you have your own reasons why you prefer one assistant/company to another.

Nanoleaf Aurora supports three different scene types: Paint, Dynamic and Rhythm. Good news: all our Aurora Scenes can be activated through all of our smart assistants.

Siri and Google are quite dynamic and automatically synchronize any scenes you create in the Nanoleaf app, on the fly. Alexa synchronizes the Aurora Scenes during setup and when you explicitly ask her to discover devices and scenes.

It is quite unusual to see so many “YES” in our table. Of course, you can turn Aurora on and off with the assistants, but you can also equally set scenes and change the brightness. Color support appears a bit more limited with Alexa, and Siri is lacking direct color temperature support (Kelvin), but I am sure, you are going to use the Aurora scenes most of the time, rather than setting one color or color temperature.

When it comes to the assistant features, we find the biggest differences. History explains why. Apple introduced their HomeKit already in 2014, when Amazon just announced their Echo, initially with very basic smart home skills. Google Home joined in 2016 and is quickly catching up in features, while HomeKit appears rather stagnating. Looking back a year, when we compared the assistant’s features for the first time, Alexa’s and Google’s smart home support looked very different. This gives us hope, that the differences will vanish soon as every assistant is catching up with HomeKit.

Though we have a “Yes” with Siri and Alexa and a “Partially” with Google, these basic concepts are differently implemented.

HomeKit / Siri supports grouping smart home devices to behave like one. This makes sense for devices which only support basic features like on / off or dimming. For more complex settings we would anyway use “Scenes”. One device can only be added to one room. Additionally, but as this feature is not supported in the Apple Home app yet, you’d need a 3rd party HomeKit app, you can define “Zones”, for instance for controlling downstairs/upstairs.

Alexa supports grouping smart home devices into rooms. Additionally, you can group devices with Smart Home Groups, which gives you a lot of flexibility as one device can be added to multiple groups. A dining area or open kitchen in the living room, downstairs, upstairs, outdoors, no problem.

Google supports only rooms, and as one device can only be added to one room, we have the biggest limitations here. If you want to group lights into other segments than rooms, you’d need to create routines. As routines are personal, if you are using Voice Match and multiple accounts, you’d need to recreate your routines for every family member.

It really depends on how big (and complex) your setup is. If you are just using one Nanoleaf Aurora, you won’t notice the difference. If you have a bunch of different lights, potentially from different vendors, spread throughout your entire smart home, you might favor Alexa or Siri.

Alexa goes even a step further, as Smart Home Groups can not only contain smart home devices, but also smart home scenes.

Google, again, supports combining scenes only through Routines, which might feel like a limitation in a multi-person household, when using personalized results and VoiceMatch.

Again, it depends on your personal situation and setup. If you are a one-person household and have a basic smart home setup, you might not notice the differences.

We have a powerful scheduling feature in the Nanoleaf app. Ok, except for missing sunrise and sunset scheduling options, which would need location support, which we are also missing. Anyway, we can dim/brighten our Aurora over a period of up to one hour, which is great. However, if we want to schedule also other devices, we need to check the scheduling support of our assistants.

Siri, Google and Alexa support schedules at a time of the day. Siri since forever and Alexa since recently, support sunrise and sunset timers, with offsets to trigger scenes a specified time before or after.

With Siri’s HomeKit, we can additionally define if the schedules should be triggered only if somebody is at home. Quite powerful, but only if every family member owns an iPhone. Google has still no clue about sunrise and sunset.

Especially for our Nanoleaf Rhythm module, we’d like to set the right Rhythm scene to the right music. Can we do this with just one voice command? Yes!

Google and Alexa have a ton of features integrated through their routines. Playing music and setting scenes are an integral part thereof.

Finally, let’s check what other automation options are there to control our Aurora.

HomeKit leads the pack with location-based automation, using the changing state of devices as the trigger (e.g. when you turn one light on) and supporting sensors, like motion or contact sensors, smoke detectors, or security/occupancy sensors. There are many HomeKit remotes, one of them the Nanoleaf Remote, which can control our HomeKit devices and scenes.

Alexa supports location-based automations, a limited set of sensors and Echo Buttons as remotes. Amazon has recently added the option to trigger routines when you deactivate your alarm.

Google currently lacks all of that. However, Google shines with a feature, which is unique: You can talk to your Aurora in 2 languages, at once. So if you’re a bi-lingual household, you might find this feature quite helpful.

Nanoleaf has created a solid integration for all 3 assistants. For basic setups, you will find the Nanoleaf Aurora equally well supported by Siri, Alexa, and Google.

It’s only with more complex setups, where we can find differences and missing features. And they are not on Nanoleaf’s side, but rather reflect the current state of smart home features supported by the assistants.

Siri’s HomeKit is quite extensive, but basically hasn’t changed a lot since 2014. Ok, there’s the recent support for new TVs, which will give us more features through Airplay 2.

Google has a rigid room structure and location ignorance. The latter appears humble given how data hungry Android smartphones are, sending our locations to Alphabet, even when location tracking is turned off. Anyway, Google’s bi-lingual support is amazing and unique!

And if we look into the supported sensors and remotes, there’s hardly anything outside of Amazons and Alphabets ecosystem that we can integrate without the help of 3rd party smart home hubs or 3rd party cloud services.

However, given the speed of this catch-up game, we can expect that Alexa and Google will support the missing smart home features rather sooner than later.

I hope you’ve enjoyed this little “showdown”. You can find more comparisons here:

If you have questions or feedback – maybe we’ve overlooked some features – please leave your comment below. You can subscribe to receive notifications when we’re updating this post.

Logitech Harmony: Who will win, Alexa or Google? 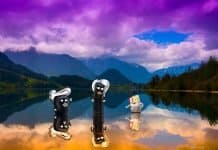 Philips Hue: Who will win, Siri, Alexa or Google? 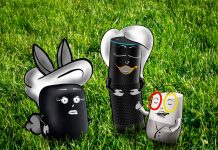 How to create your own Easter Eggs with Siri, Alexa and Google

😳 “Ladies and gentlemen, this is your captain